Alzheimer’s disease is the sixth leading cause of death in the United States. The month of September brings the world together to raise awareness for our patients and family members who have been diagnosed with Alzheimer’s disease. Alzheimer’s disease is a progressive disease that cannot be cured and destroys memories as well as important mental functions. It is known to be the most common cause of Dementia. Dementia is the complete loss of cognitive functioning and behavioral abilities.

Alzheimer’s disease was named after a doctor Alois Alzheimer, who discovered the disease while examining the brain tissues of a woman who had died of an unusual mental illness that showed all of the symptoms of what we now know as Alzheimer’s disease. He discovered many plaques and tangles spread throughout the brain, as well as many disconnected neurons thus discovering the progression of the disease.

Scientists to this day are still studying the brain changes during the progression of the disease and still do not fully understand what ultimately causes Alzheimer’s disease. Although studies have shown a shrinkage in brain tissues, plaques and tangles spread throughout the brain, loss of neuron connection, as well as the death of the neurons. It is also believed that early-onset Alzheimer’s disease may play a role in genetic components and that late-onset arises from a complexion of brain changes that occur overtime.

Early warning signs and symptoms for Alzheimer patients are the following: loss of memory that disrupts their everyday life, challenges in solving problems and planning, difficulty completing familiar tasks, confusion with place or time, trouble understanding spatial relationships and images, new problems with words in writing or speaking, misplacing items, losing their ability to retrace their steps, poor or decreased judgement, withdrawal from work and social activities, and changes in personality and moods. It is important to address any of these symptoms before the disease progresses further. Treating the disease with medications will only temporarily improves symptoms.

When caring for someone who has Alzheimer’s disease keep in mind of their symptoms and educate yourself briefly on the disease for a better understanding. Providing them with the proper support can have high emotional, physical and financial costs. Asking for help is the best thing to do and it isn’t taking the easy way out. It is showing that you care for them to have the absolute best care. Following their life long habits and avoiding new routines may make caring for an Alzheimer’s patient just a bit easier, while making them more comfortable with doing everyday things. Physical activity and playing the patients preferred music are great ways of showing support and can improve their behavior.

Safety is also important to remember when caring for an Alzheimer patient. A recommendation would be to have them wear an identification bracelet containing their name as well as their caregiver’s name and phone number.

Having the proper knowledge and understanding plays a major role in caring for an Alzheimer patient. Always keep in mind of how you would like to be treated if you were in the shoes of someone with Alzheimer’s disease. 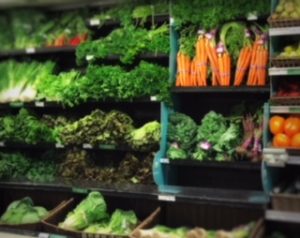 When treating hypercholesterolemia on your own keep in mind that you may feel no symptoms and that the doctor’s recommendation is to get regularly blood tested every four to six years starting at the age of twenty. In order to treat or prevent high cholesterol it is recommended to maintain a heart-healthy diet by eating foods such as fruits, vegetables, whole grains, nuts and foods high in fiber. Having a high fiber diet can lower cholesterol levels by as much as ten percent. It is also advised to limit yourself to five or six percent of saturated fat in your daily calorie intake, which can really be beneficial to your health. Another recommendation is weight loss and proper exercising which also plays a big role when lowering cholesterol.

Hypocholesterolemia only affects about five percent of the general population and is usually inherited or obtained due to several secondary causes. Some of the causes of hypocholesterolemia could be an overactive thyroid gland, statin medications, liver disease, celiac disease, adrenal insufficiency, and malnutrition. Even smoking can play a major role when having hypocholesterolemia because it has been determined that smoking can lower your HDL cholesterol levels.

Without treating your cholesterol problem you may end up with a worse condition such as coronary artery disease or even have a heart attack or stroke. With the help of other bodily substances cholesterol can form a thick and hard deposits. This is called atherosclerosis, which narrows the arteries making them less flexible and more prone to blockage and clot formation which can then lead to a heart attack or stroke. Having high blood pressure or Diabetes can also increase those heart risks.

It is important to have your cholesterol levels checked regularly with your primary care physician to treat and prevent any further health complications. Make sure you are proactive for Cholesterol Awareness month.